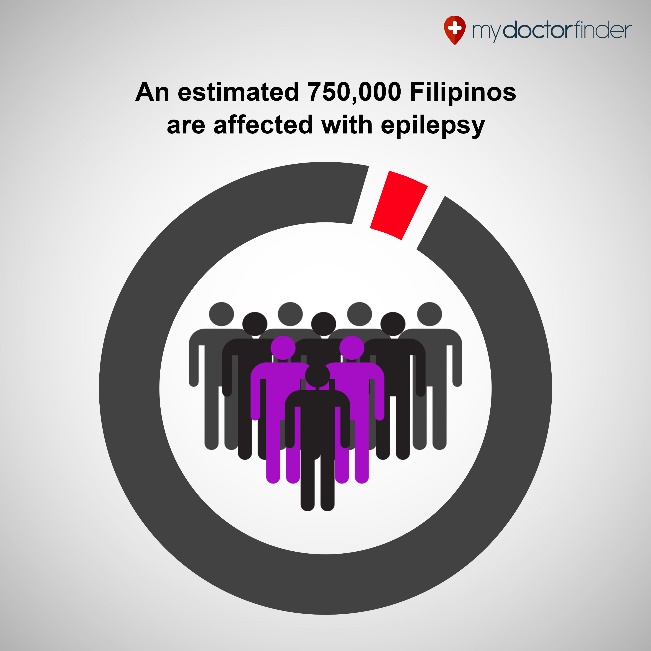 Epilepsy is a common serious chronic brain disorder that affects 50 million people of all ages worldwide. An estimated of 750,000 Filipinos are currently affected with this condition.

A person's brain cells known as neurons conduct electrical signals that communicate with each other to deliver a message to our brain. During an attack, abnormal bursts of these neurons fire up electrical impulses that cause the brain and body to act strangely. [1]

Seizures vary depending on the severity of a person's epilepsy condition. Some may experience loss of awareness while some will have convulsions. A person can experience epilepsy at any stage and age. But, it often occurs at one's childhood stage. Some people may acquire epilepsy through their genetics, a change in the structure of the brain, infections in the brain, and people who had head injuries. [2]

When you experience a seizure, remember to take note of what time of day it occurs for your next seizure may also occur during that same time of the day. Also, keep a seizure diary and write every single thing that happens when you have an attack. [3]

Epilepsy is a treatable condition. For most people, a medication called anti-epileptic drug is recommended. It may not treat epilepsy, but it can help a person to control it epileptic seizures. For some cases, a surgery is an option to remove the area of the brain that causes such attacks. [4] Although the proper care for someone who has epilepsy vary depending on its type of seizure, having the basic knowledge of the dos and don’ts may greatly contribute to one's seizure attacks. In addition, it is valuable to maintain a proper diet and a healthy lifestyle. One may also attend support groups to help one with their condition. A person with epilepsy may still have normal lives and be productive citizens. If you have a friend or a loved one currently experiencing epilepsy, it is a good idea to be equip with the basic knowledge on what and what not to do during a seizure.